From Crisis Communications to Dissecting a Decade of TV News 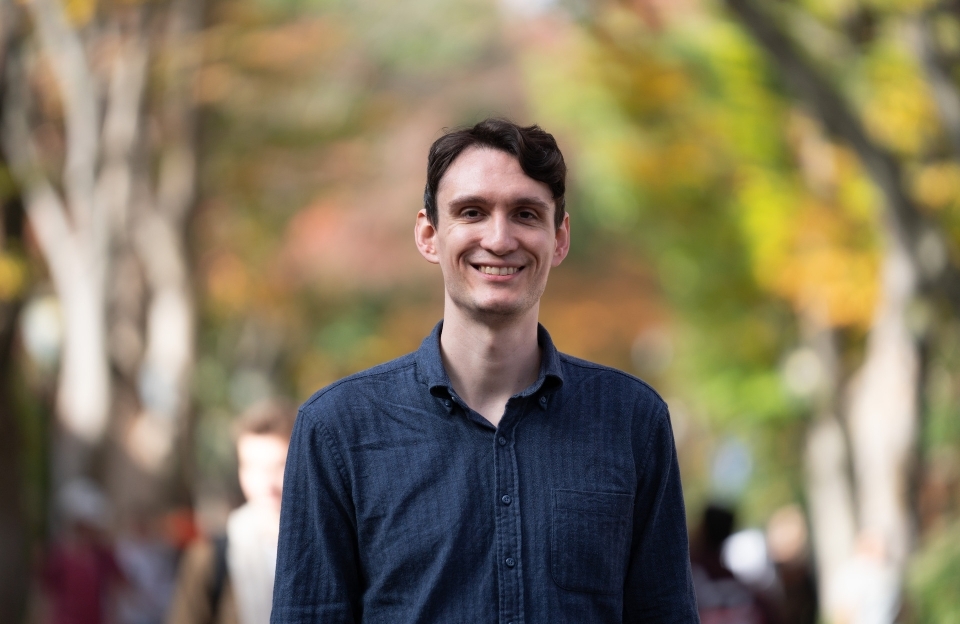 Doctoral student Sam Wolken has always been interested in how people think, something that drew him to study literature as an undergraduate, and, now, to investigate the intersection between public opinion, local news, and politics.

Wolken, a joint doctoral student in Communication and Political Science, made the decision to enter academia at a very tumultuous time in American politics: the lead up to the 2016 presidential election.

“The media environment and the political environment was charged with aggressively polarized political rhetoric then,” Wolken says. “I would read articles quoting scholars in newspapers and then look them up. I discovered this interdisciplinary field of Communication, something I didn’t know existed.”

He had been, at the time, working in strategic communications for a firm that handled big clients and big crises: political scandals, corporate reputation issues, even the United Nations’s response to an Ebola breakout, but he found that the fast-paced world of crisis communications wasn’t for him.

“It was interesting work,” Wolken says, “but I was more drawn to the research than anything else. We had researchers who would test if our messages were working or test what messages audiences may be responsive to, which I found really fascinating.”

He took a job doing consumer research and then entered a research-heavy master’s program in Communication at Ohio State University. There, he was finally able to investigate all of the things he wondered about while working in crisis communications.

After graduation, Wolken decided to focus on political communication, entering the joint doctoral program with the Annenberg School and the Department of Political Science.

The Colorado Springs native had grown up hearing a lot about politics and local government at home. His dad worked in Parks and Public Services and his mom taught high school. Wolken attended Air Academy High School, the only public high school in the U.S. built on a military academy.

“I remember the suspense of waiting to see if ballot measures would pass that my dad’s department relied on to fund parks and community services,” Wolken says.

Wolken now collaborates with some of the people whose work he studied as a master’s student, including his advisor, Associate Professor Yphtach Lelkes, co-director of the Polarization Research Lab.

Advised by Lelkes and Professor Dan Hopkins of the Department of Political Science, Wolken has been investigating how the pressure to go viral might affect the stories outlets choose to cover and the way they frame the news.

“News outlets in the last 10 years or so, thanks to Google Analytics and social media platforms, have a level of insight into their audience that is quite novel,” Wolken says. “They have immediate insight into what resonates with their audience and what is gaining traction.”

Over the past year, Lelkes, Hopkins, and Wolken have been analyzing social media data from 19 different news outlets to test a theory: stories that evoke social identities and frame the news around social groups get attention and, because they do, news outlets publish a lot of them.

PennMAP is an interdisciplinary, nonpartisan research project dedicated to enhancing media transparency and accountability at the scale of the entire information ecosystem.

Wolken and CSSLab researcher Homa Hosseinmardi are examining programming on six channels — CNN, Fox News, MSNBC, ABC, NBC, and CBS — to observe how their content has changed over time.

Wolken and Hosseinmardi are using machine learning to analyze the transcripts and tally the amount of airtime each channel devotes to various topics. Eventually, they hope to be able to identify the distinct characteristics in each network’s programming year over year and the ways in which their content has changed over time.

Wolken is in year three of a six year program, and is still finishing coursework, so he still has time to narrow in on a dissertation topic. Though a joint program isn’t simple — he must complete curricular requirements from both the Annenberg School and the Department of Political Science, but will write only one dissertation — he’s thankful that he’s been able to engage with so many different ways of thinking since he arrived at Penn. 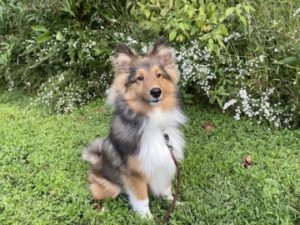 When he’s not studying, Wolken can be found hiking with his partner, Sarah, and dog, Mugsy, a Shetland sheepdog that the pair got during Wolken’s first year at Penn.

“My cohort was the ‘Zoom cohort’ — entirely online for the first year of our Ph.D. — so Sarah and I got to spend a lot of time with Mugsy as he grew up,” Wolken says.

Even though he’s deep into the social sciences now, Wolken hasn’t left his humanities background behind.

“I was an English major. I don’t know if it was the best professional preparation, but I really liked it,” he says. “What I’m doing now, in some ways, isn’t so different, because it’s really thinking critically about the stories we are told and tell ourselves. One of the great things about being a Communication student is that the field is so interdisciplinary. That’s what I think Annenberg is all about: bringing together diverse skill sets, diverse literature, diverse research methodologies.”